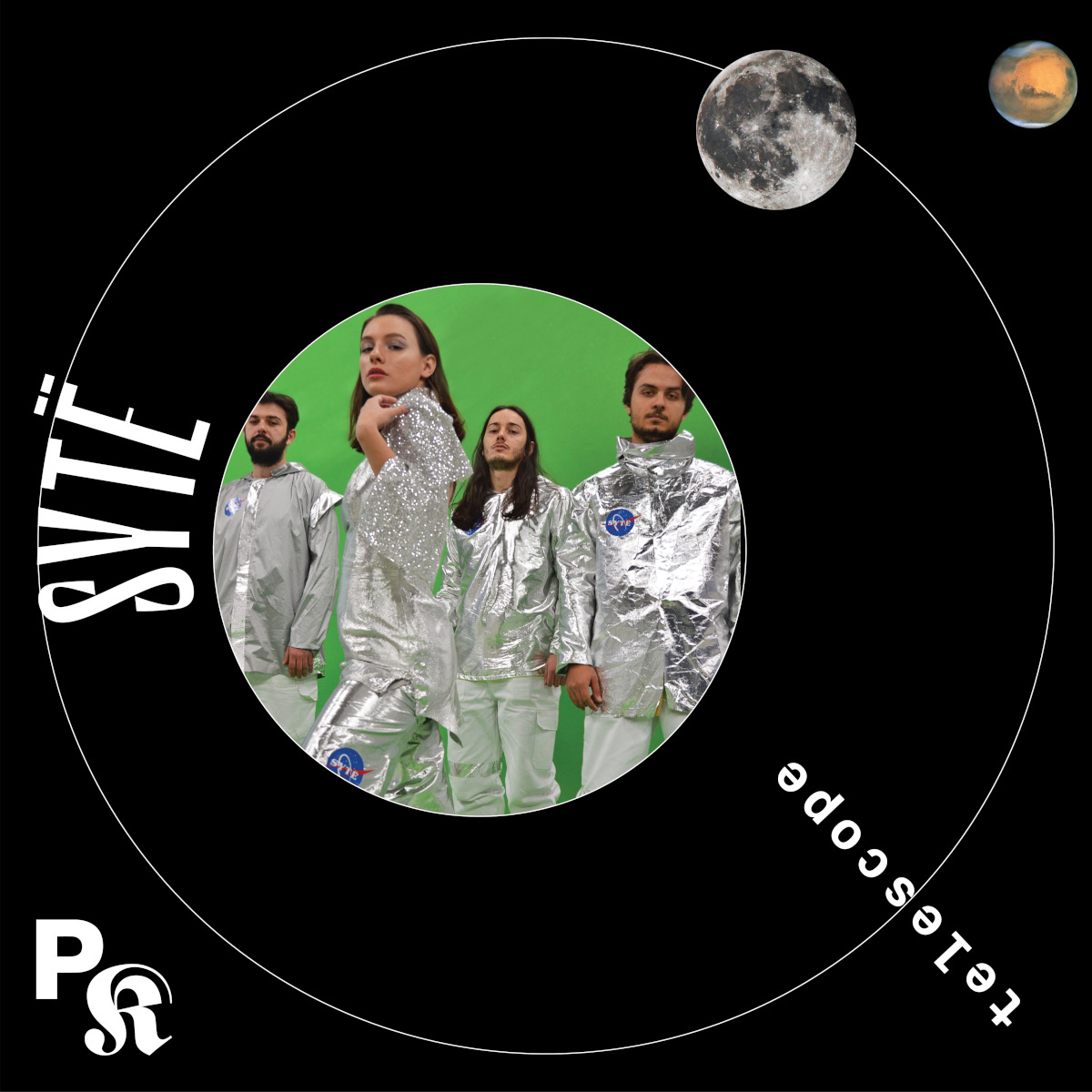 We are a band made up of an eclectic mix of individuals who wish we could simply live on a tour bus for the rest of our lives.
Our members come from Kosovo, America, and Switzerland — but we are based in Kosovo.
Our last release is called »Nostalgia Rocket« from our debut »EP«.
We make music because it’s like one of the functions of our autonomic nervous systems. There’s nothing more familiar to us than music.
If we would have to describe our whole philosophy in only one line from a song, it would be »I haven’t reached my peak just yet.« from »Crying in the Club«.
These three records are on heavy rotation in our tour bus:
Thundercat – »Drunk«
Beyoncé – »Beyoncé«
Pantera – »Vulgar Display of Power«
Pop culture for us is the conductor of society, created for and by young people.
Our remedy for stage fright is having a beer or two, hugging each other, meditating, and dancing out the fright before the show.
If we were allowed to name a star, we would call it sytë. It would be the brightest one in the sky – that way we would have no choice but to be seen.

Find out more about SYTË and their performance at Pop-Kultur here. 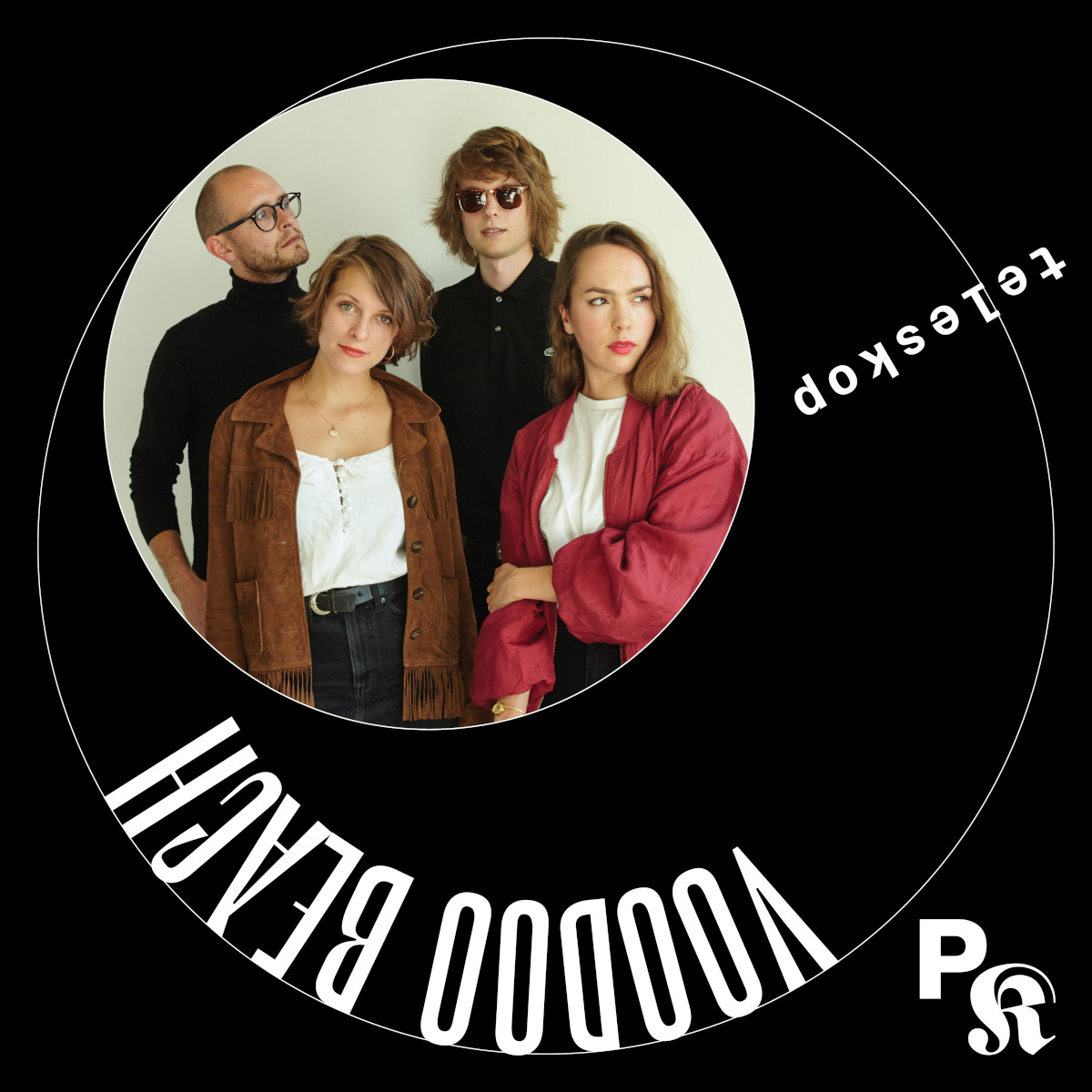 We are Voodoo Beach and we make noise.
We come from Berlin.
Our latest release was called »Ozean«.
We make music because we flunked math.
If we had to describe our philosophy in one line from a song, it would be: »Keiner weiß, wer wir morgen sind.« (»Nobody knows who we’ll be tomorrow.«)
These three records are on heavy rotation in our tour bus:
Goat – »World Music«
D.A.F. – »Alles ist gut«
Tommy Guerrero – »Road To Nowhere«
Our remedy for stage fright is drinks.
If we could name a star, we would call it Sterni.
The future is an apprenticeship at the IHK.

Find out more about Voodoo Beach and their performance at Pop-Kultur here. 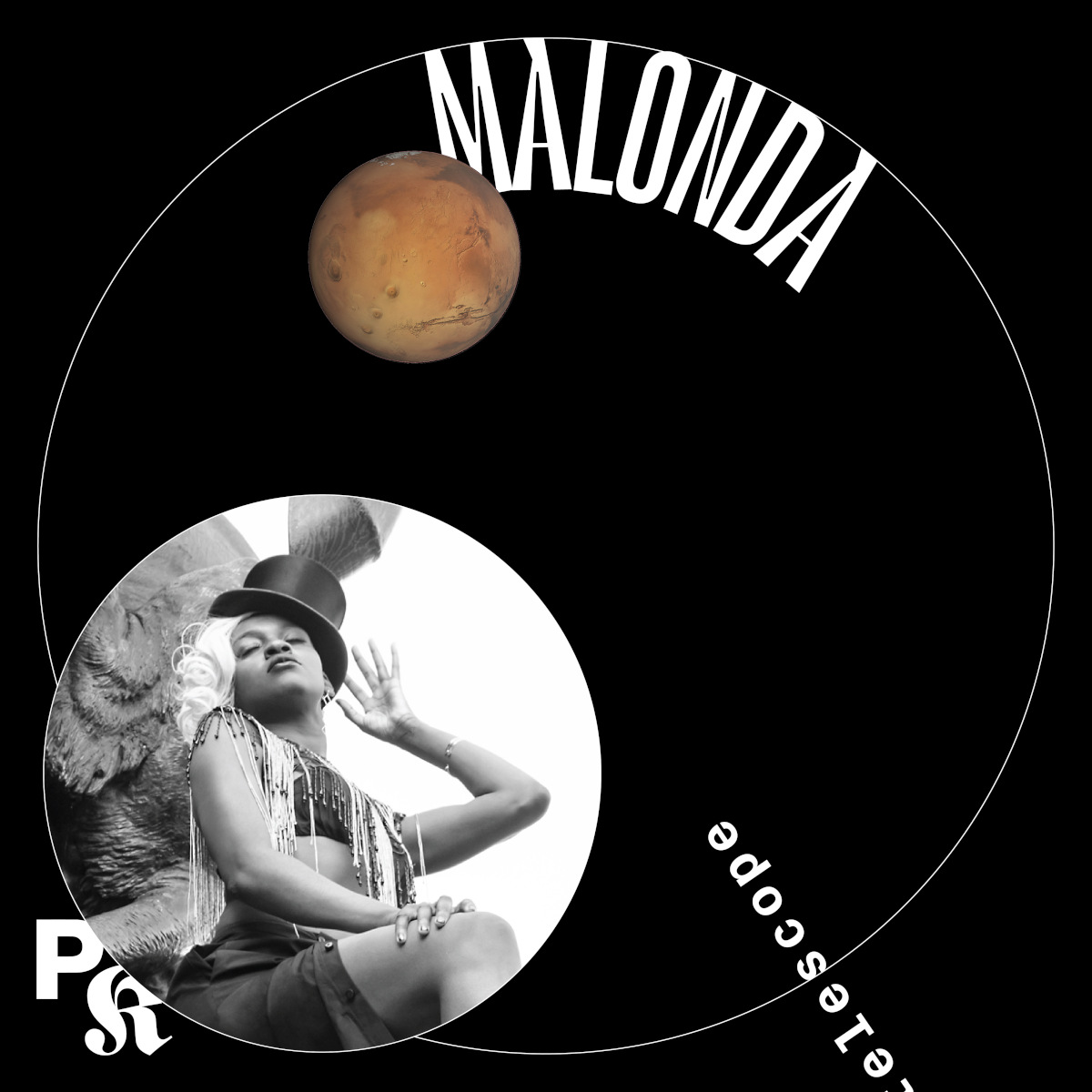 I am Malonda, Elektrik Diva and songwriter.
I was born and raised in the Ruhr area, currently based in Berlin but with a suitcase in Hamburg.
My last release is called »Liebe machen«.
If I had to describe my own music in only one song, it would be »Supercalifragilisticexpialidocious« from »Mary Poppins«. I owned the German synchronisation on tape when I was a kid.
If I had to explain my entire philosophy in just one line from a song, that would be »It’s my life«. I’ll leave it open which of the many songs I’m referring to here!
On tour , I’m listening to a very personal playlist with hits from the 70s till today which is perfect for sing-alongs but has been slandered as »trashy« by some car passengeners, and the »Guardians of the Galaxy« soundtrack.
At Pop-Kultur, I am especially looking forward to the workshops and the many new friends I will make there.
The best thing about Berlin for me is that the town is my best friend. That’s why we keep our secrets for ourselves.
If I could give a name to a star, I’d call it Malondin – a mix of Mondin (the title of Malonda’s debut EP) and my own name, ha!

Find out more about Malonda and her performance at Pop-Kultur here. 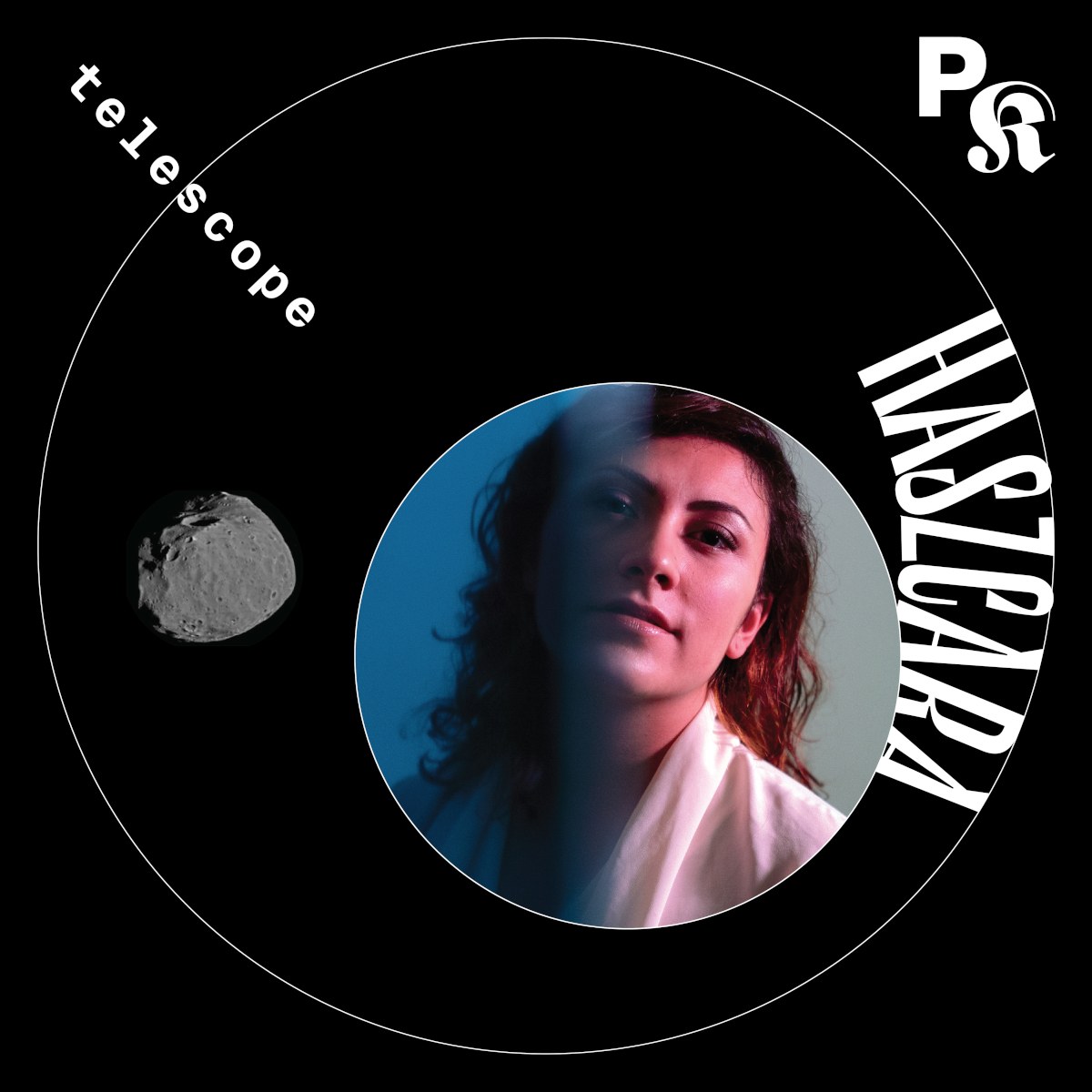 I am Haszcara.
My latest release is called »Polaris«.
I make music because, it’s good for me.
If I had to describe my own music in just one song, it would be: »Ich lebe« by Babsi Tollwut.
And if I had to summarise my philosophy in a line from a song, that would be:
»Jemand anders sein ist leicht und nichts Besonderes, schwer ist nur, man selbst zu sein ohne Kompromiss« (»To be different is easy and nothing special, it’s only difficult to be yourself without compromise«) by Karuzo.
On tour I like to get inspired and empowered by strong women: »Invasion of Privacy« by Cardi B is a crucial part of my Spotify playlist.
The best thing about Berlin is to not stand out!
If I had to name a star, I’d call it Polaris!
The future is in our hands!

Find out more about Haszcara and her performance at Pop-Kultur here.

We are Inéz (vocals, synthesizers, bass) and Demian Kappenstein (drums, electronics).
We nowadays live in Dresden. Inéz is half Swiss and originally comes from Saarbrücken, Demian from Euskirchen.
Our latest release is called »LA FAMIGLIA – An Audiovisual Suite«.
We make music because that’s how we can express ourselves.
These three records are on heavy rotation in our tour bus:
Stahlquartett – »Stahlquartett«
Husten – »EP«
Fuchy, Lahva – »Praliné«
At Pop-Kultur 2019, we are especially looking forward to the five year anniversary party of the festival.
Our remedy for stage fright is Spicy Ginger!
The best thing we’ve recently done was recording together with Moses Schneider at legendary Hansa Studios in Berlin.
The future is FOR ALL OF US!

Find out more about ÄTNA and theur performance at Pop-Kultur here. 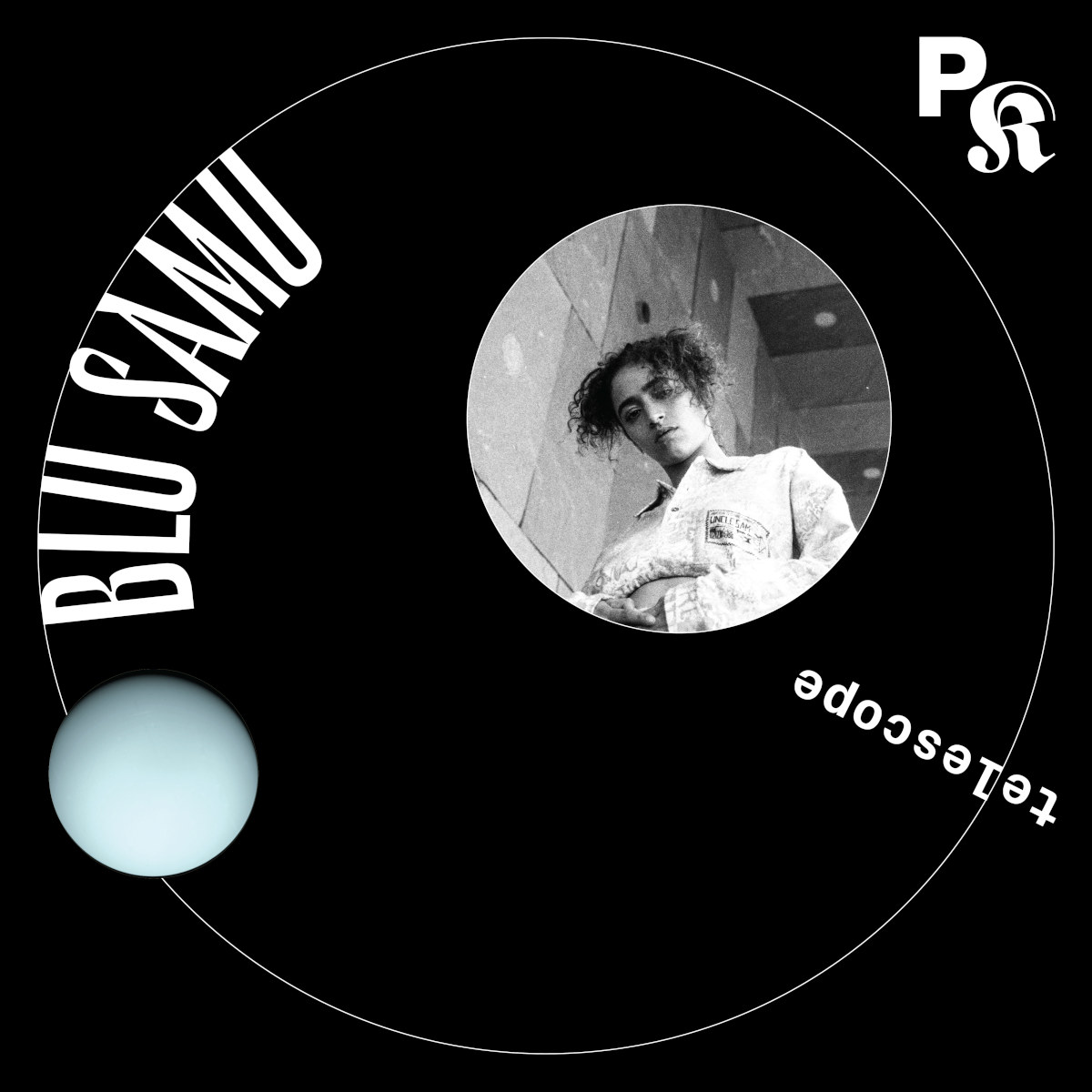 I am Blu Samu.
I come from Belgium.
My last release is called »MOKA«.
I make music because it helps me grow.
If I would have to describe my whole philosophy in only one line from a song, it would be »I’m humble but I’m loud« from my song »Love Blu«.
At Pop-Kultur 2019, I am especially looking forward to its diversity.
If I were allowed to name a star, we would give it this name Polar Blu.
The best thing I have done recently was an a cappella in front of 700 people.
The future is for those who love, unite and share.

Find out more about Blu Samu and her performance at Pop-Kultur here. 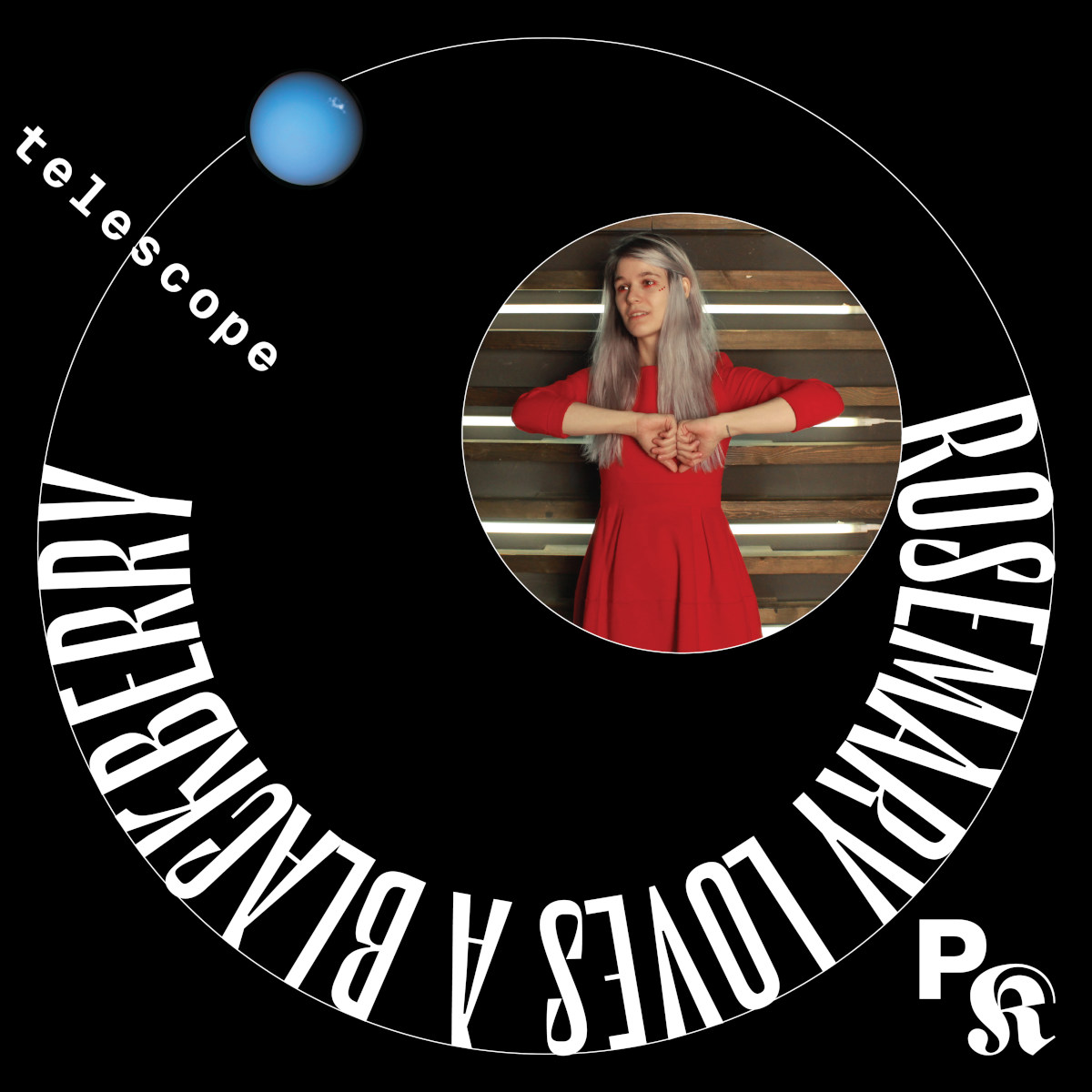 I am a multi-disciplinary A/V artist, musician, songwriter, producer, sound designer and performer.
I come from Moscow’s ghetto suburbs in Lyubertsy, Russia.
My last release is called »snowfake«.
I make music because because it is my profession and the only activity which always brings sense and reason to my life.
If I had to describe my music in only one song, it would be »Army of Me« by Björk.
During my last tour, I have been mostly listening to the Relax Melodies and TeasEar apps and The Smiths’ »Meat Is Murder«.
My remedy for stage fright is getting enough sleep, warming up and the soundcheck.
If I were allowed to name a star, I would call it Yasya, Tyapa and Kozyavka – these are the names of my beloved cats!
In the future, we will have an eco-friendly attitude towards people, animals, plants, and life in general.

Find out more about Rosemary Loves A Blackberry and her performance at Pop-Kultur here. 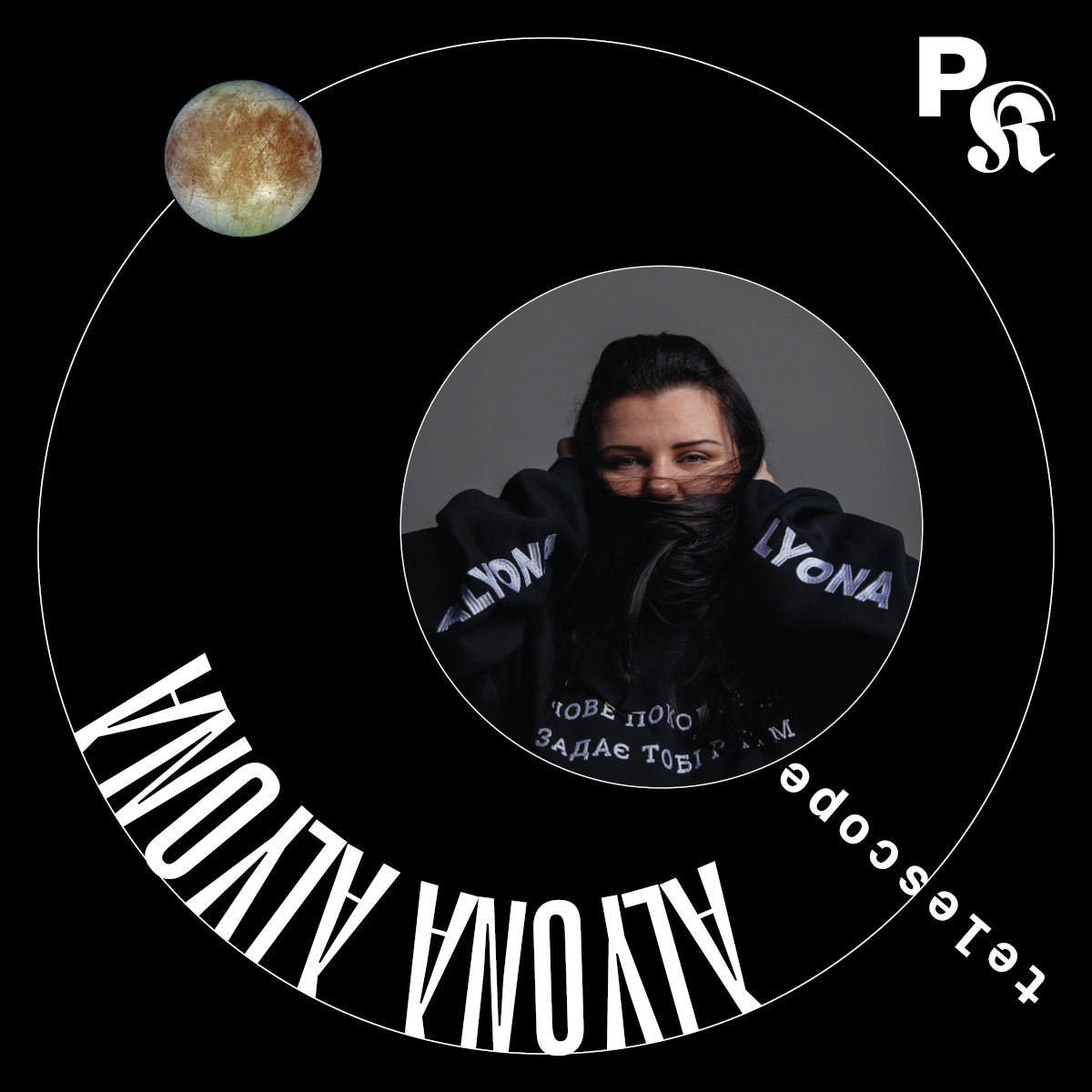 I am a tutor and a rap performer.
I come from Ukraine. Many years of my life I lived in a village, now I live in Kiev.
My last release is called »Я залишаю свій дім« (»I Leave My Home«)
I make music because I like to talk through my music.
If I had to describe my music in only one song, it would be »The Show Must Go On« by Queen
These three records are on heavy rotation in my tour bus:
Col3trane – »Penelope«
Maverick Sabre – »Her Grace«
Ivan Dorn & Zventa Sventana – »Мужа дома нету«
If I were allowed to name a star, I would call it »zirka« (in Ukrainian, the star is ZIRKA. Therefore, it will be ZIRKA ZIRKA as ALYONA ALYONA)
The best thing I have done recently was the purchase of equipment in kindergarten with a philanthropist. I made the children happy!
The future is development and progress.

Find out more about alyona alyona and her performance at Pop-Kultur here.