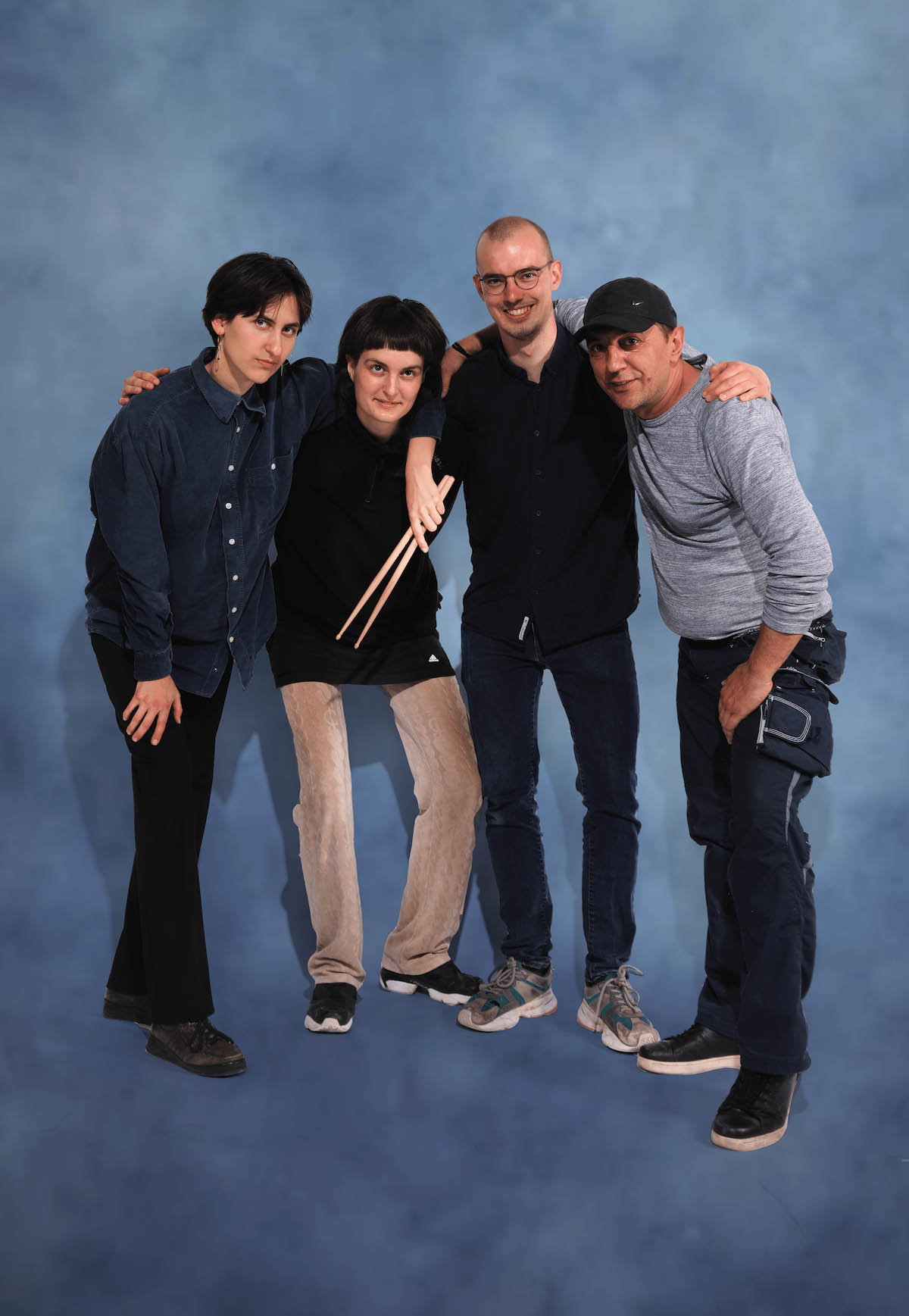 Since their founding in 2016, Yum Yum Club has operated almost exclusively outside the classic band format as a hybrid between a fixed band line-up and a free collective. Yum Yum Club are based on joint, cooperative work without a bandleader or mastermind, instead believing in the potential of chance encounters. For their Commissioned Work at the festival, the group has developed a type of concert that chooses its own musicians. The starting point is the currently fixed band line-up. Over the course of the concert, however, everything shifts and expands when each of the musicians introduces another person to join in the musical performance. As the regular band members gradually disappear from the stage, their substitutes appear, and by the end of the concert the Yum Yum Club have been completely replaced. The group members’ connections to various scenes and networks don’t aim to serve as mere guest appearances but rather as a direct confrontation with a musical event that can be experienced in its own right. Through their concert, Yum Yum Club want to explore their own identity but also vacancy and overrepresentation on stage.