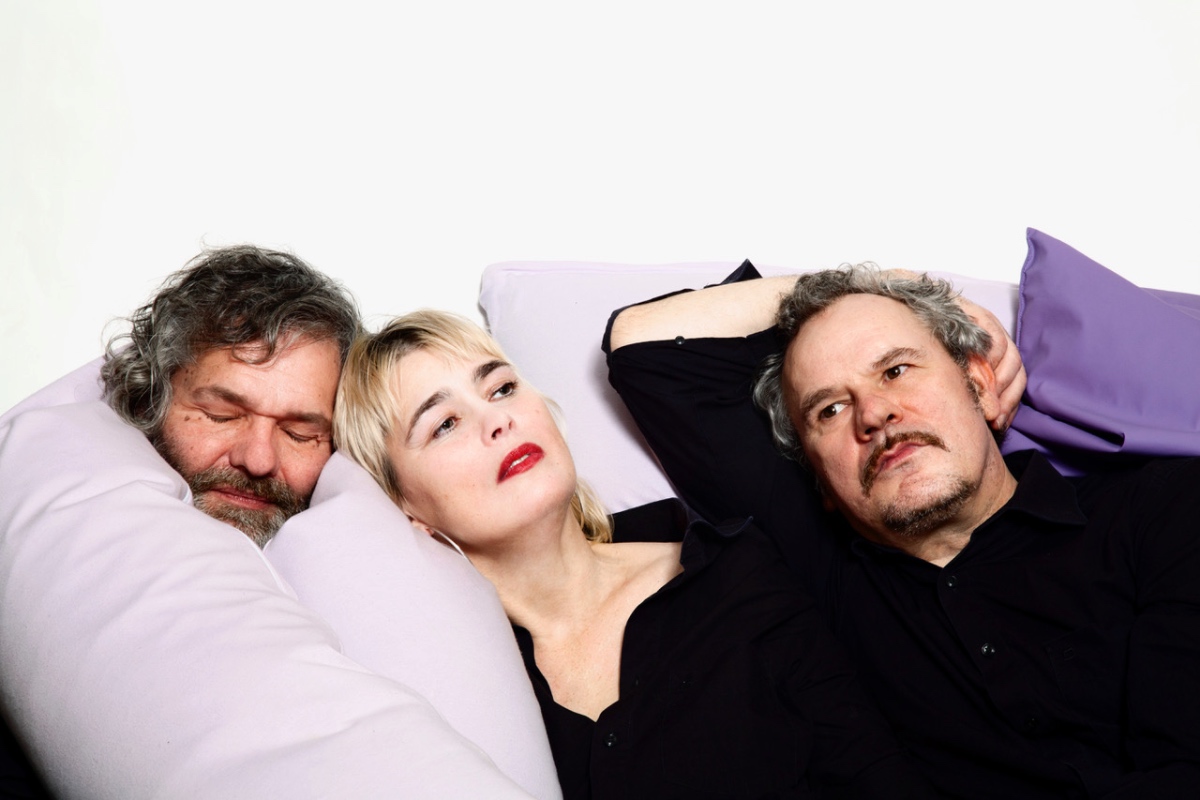 If there’s one thing we’ve forgotten how to do in the past few years, it’s maintaining confidence. That’s not the only reason a comeback from DJ Patex, Elmar Günther, Manuel Schwiers and Ruth May is more than timely. Hardly any other group stands for such radical openness, creatively and collectively, as the School of Zuversicht. On their 2010 album »Randnotizen from Idiot Town,« the material for their songs came from various people in their extended surroundings, arranged by DJ Patex, and further developed in an intimate, sweaty exchange with the audience. So now they return, seemingly out of nowhere, to set everything straight again. Although their new album is called »an allem ist zu zweifeln« (»everything is to be doubted«), one thing about it is for certain: it’s a little big sensation in a year otherwise only marked by scandals. School of Zuversicht are back! Now who doesn’t want to sit in front for once?