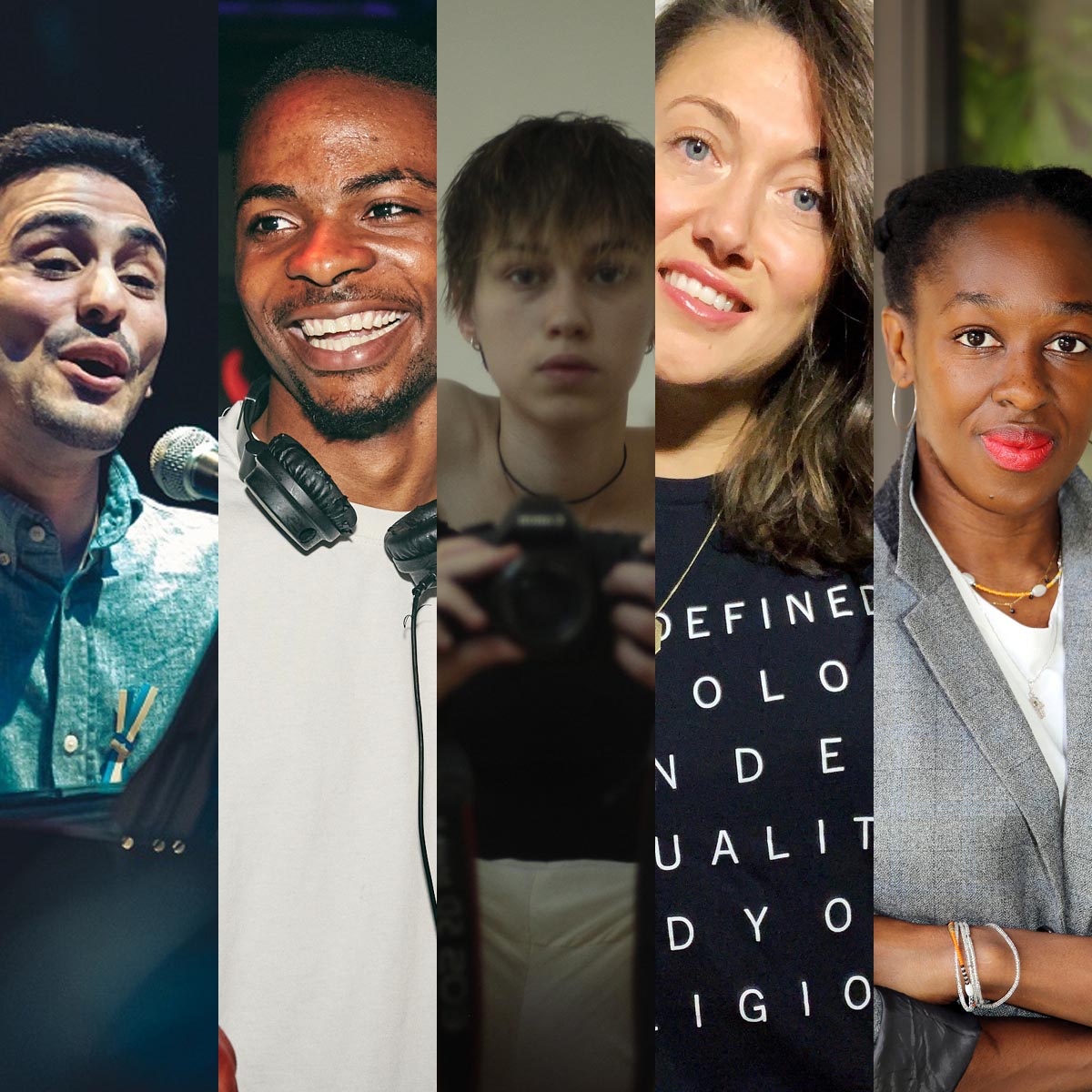 Artists are among refugee movements around the world: They flee war, violence and political persecution, often because they can no longer practise their art in their home countries. How are they faring in exile in Germany? The Nigerian DJ Jeff went to Ukraine three years ago and is the best-known Afropop DJ there. After the Russian war of aggression began, he fled to Germany. Although he had gig opportunities, he couldn’t get a work permit. Aeham Ahmad became known as the »pianist from the rubble« after a viral video showed him playing a piano and singing amidst destroyed houses in Damascus. In 2015, he came to Germany – where he plays concerts, records albums and has published his autobiography. Kiev-based and Minsk-born electronic musician, pianist and singer Odarka also talks about her experiences. Along with hosts Gianna Main and Pamela Owusu-Brenyah, these three musicians will talk about their different realities of life in exile, what has gone well and what badly, while also shedding light on the double standards of European asylum policy.