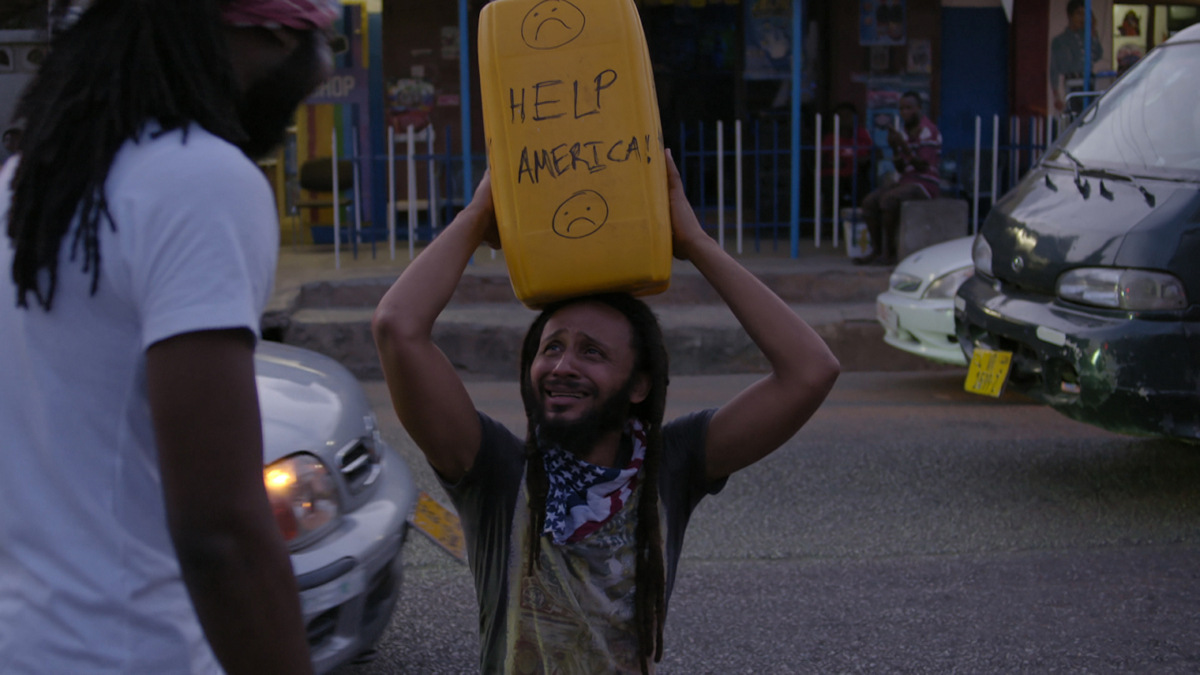 »Contradict. Ideas for a New World«

Wanlov the Kubolor and M3NSA are FOKN Bois, and »Contradict. Ideas for a New World« is the perfect name for a film project that took the work of these multitalented artists as well as top MCs, who will also be represented at this year’s Pop-Kultur with a contribution by Wanlov, as a starting point. Swiss filmmakers Peter Guyer and Thomas Burkhalter joined them as they hold up a mirror to the pale gaze of the Global North. The Ghanaian duo satirises ascription along with fellow artists Adomaa, Worlasi, Akan, Mutombo Da Poet and Poetra Asantewa, sharing a dialogue on what all of this can mean: building a new future for themselves and their generation. As a film, »Contradict« counters clichés about life on the African continent as much as its reveals the subjects’ own contradictions – whether it’s local concerns in a thoroughly globalized world, self-empowerment and power imbalance, or widespread activism and alternative cultural production.

Wanlov the Kubolor has also contributed a Digital Work for Pop-Kultur.

»Contradict. Ideas for a New World« can only be accessed through this page between the 26th and the 28th of August, 2020, from Germany.