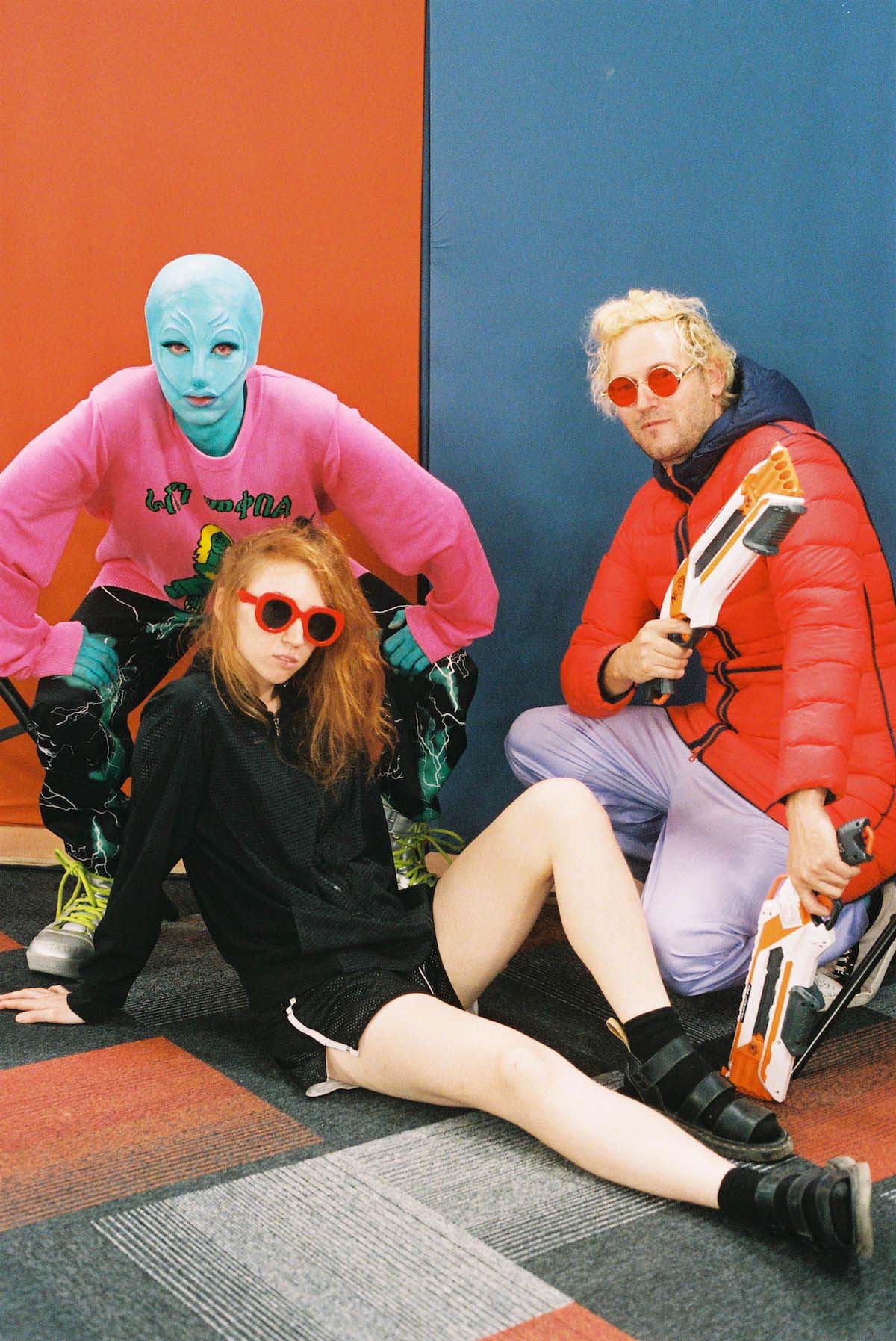 Stimulus overload, hello! BĘÃTFÓØT bangs out whatever they can dig up between techno and rave, acid and big beat, rap and punk – dumping a big shovelful of nineties insanity on top. The result is highly entertaining, with everyone shouting »Fun, fun, fun« over booming beats. The Israeli trio – consisting of drummer and bandleader Udi Naor, singer Adi Bronicki and guitarist Nimrod Goldfarb – released their third album last year, featuring songs made to make you go wild, and so are best experienced in a live setting. After two years of pandemic in which stimulus overload emanated mainly from our screens, it’s now time to experience it again standing right at a stage. For Pop-Kultur 2022, the band has come up with a special project with the dance group Kunty Klub. Kunty Klub are a queer spin-off of the legendary Israeli dance ensemble Batsheva Dance Company, which has been a world leader in contemporary dance for a number of years. Pop-Kultur 2022 will feature the live German debut of BĘÃTFÓØT, a show specially created and choreographed for the festival, before playing a DJ set at night to close out the festival.

Funded by Initiative Musik gGmbH with project funds from the Federal Government Commissioner for Culture and the Media (BKM) and the Culture Department / Embassy of the State of Israel.