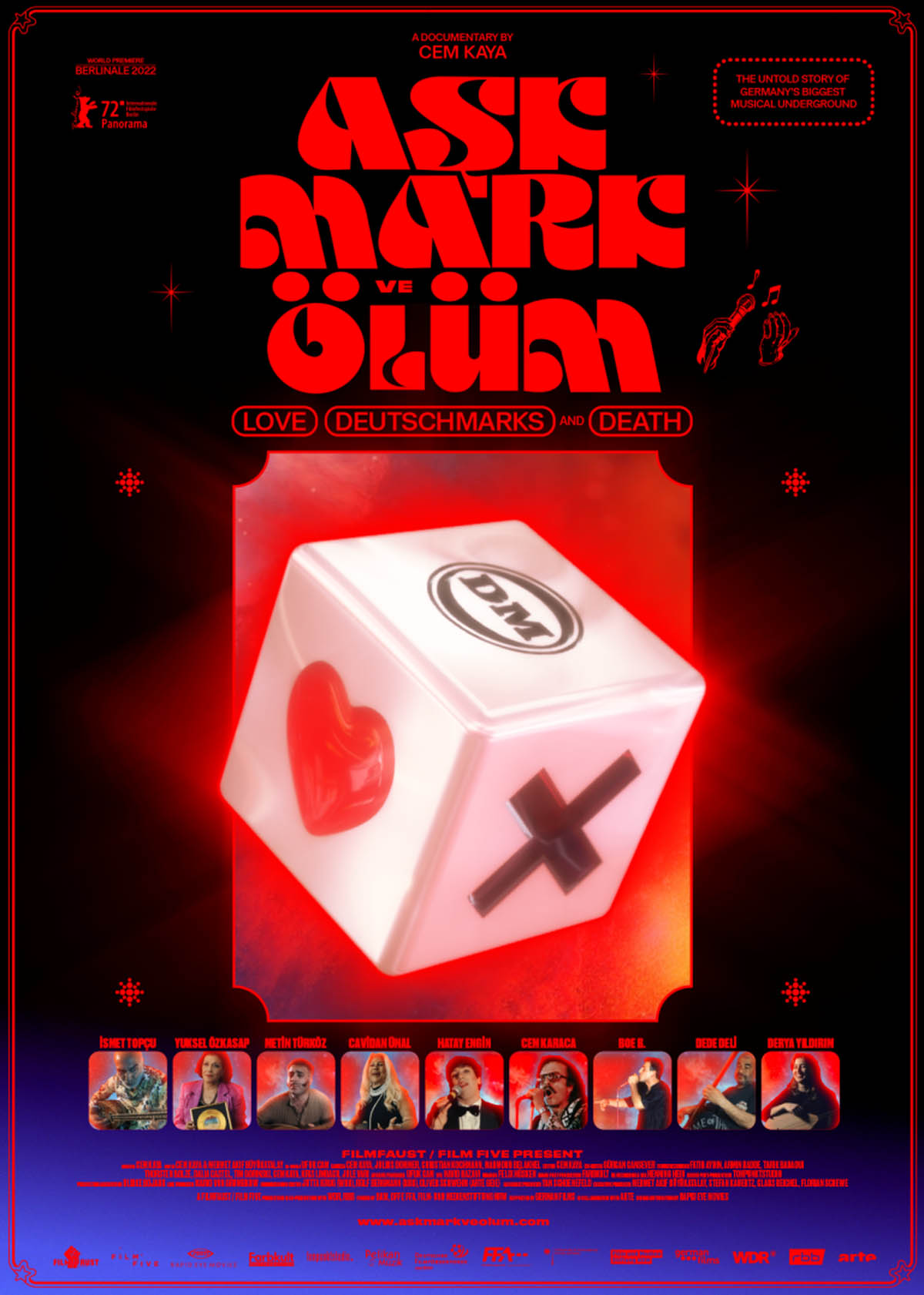 The first Turkish migrant workers came to Germany 60 years ago with the country’s labor recruitment deal. Along with them came their culture – above all, their music. Over the years, distinctive styles developed in Germany that didn’t exist in the same way back in Turkey – for example, melancholic Gurbetçi-Lieder (»songs from abroad«) at first, and later German-Turkish rap songs. This unprecedented story of an independent musical culture of immigrants, their children and grandchildren in Germany is told in the documentary film »Aşk Mark ve Ölüm« (»Love, Deutsche Mark and Death«) by Cem Kaya, which entertainingly digs into this forgotten subculture’s unparalleled liveliness with plenty of archive material and, in addition to musical discoveries, brings many new perspectives on politically and socially relevant topics such as belonging, identity and participation. For these reasons, »Aşk, Mark ve Ölüm« won the Panorama Audience Award for Best Documentary at the Berlinale, where the film premiered this year. Director Cem Kaya will also be in attendance at Pop-Kultur for a discussion after the screening.